Last week Will and I had a major case of bus overload, so we took the afternoon off to do some exploring. Okay, I’ll admit it. I was the one going crazy, but Will was fine. We took the opportunity to get some running in (we are still trying to train for that darn 50k, even though this bus is taking up all of our time!) and headed over to Hidden Falls Regional Park in Auburn, CA.

When we arrived at Hidden Falls we were greeted by one of my favorite things: a nearly empty parking lot! It was a Wednesday afternoon, but I was expecting more people to be out enjoying the nice weather. The first thing we did was check out the map. Holy cow, what a park! It’s always a little overwhelming to navigate a new trail system, but we decided to head down to the crown jewel – the hidden falls themselves – and then take it from there. 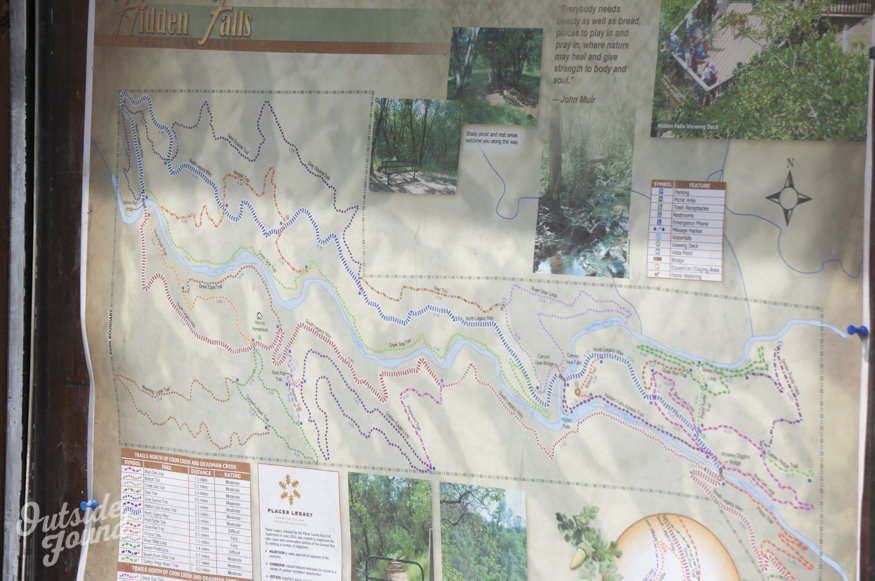 Of course, it took a few minutes to get on the trail. Hilde had to poop, then we needed to take some photos. Finally, 15 minutes later, we were running. It didn’t take us long to get turned around and realize that we were headed in the wrong direction. There are so many trails! 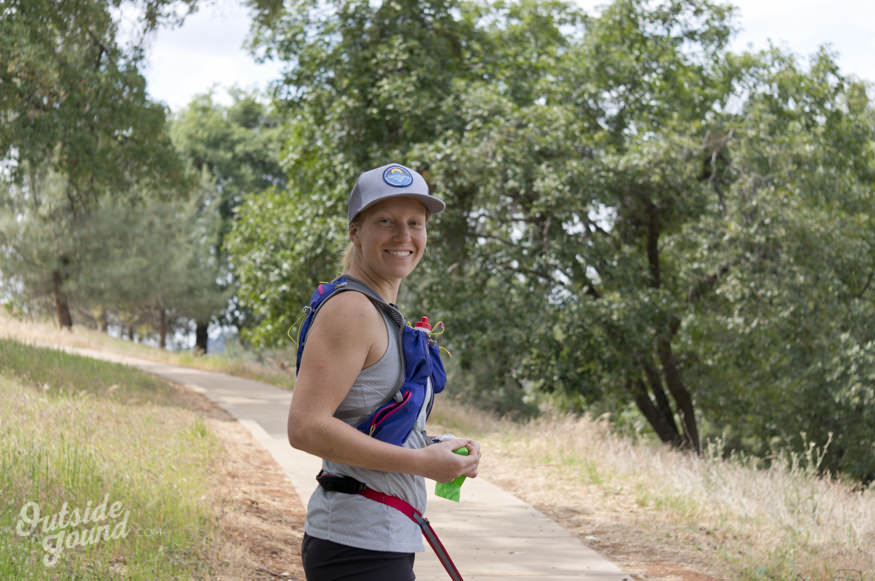 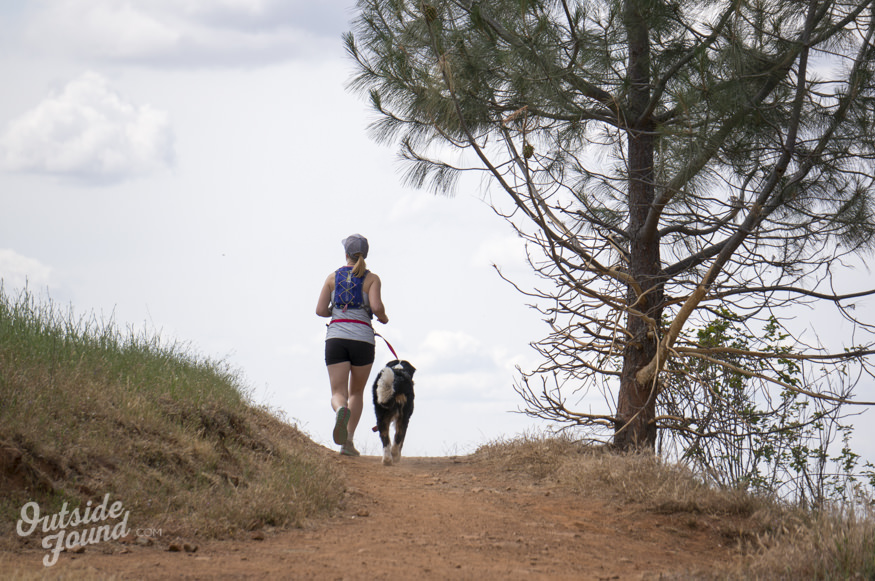 This run was a perfect opportunity to try out a new hands-free leash from Kurgo. Hitting the trails with us is one of Hilde’s favorite activities, so we try to plan most of our adventures around bringing her along. The Quantum Leash is a great way to keep her close and abide by the leash rules without having to do a lot of “leash management.” With the leash hooked around my waist she can wander as she pleases without me having to switch hands or spin around to accommodate her. I especially like this leash because the carabiner that comes with it can hook to many different spots along the length of the leash, which means it doesn’t tighten and pinch my stomach when she pulls. The carabiner also makes it easy to hand off to another person – Will and I can easily switch leash duty without having to stop and spend time fiddling with it.

We’ve tried a few hands free leashes in the past, but this one is definitely a winner! 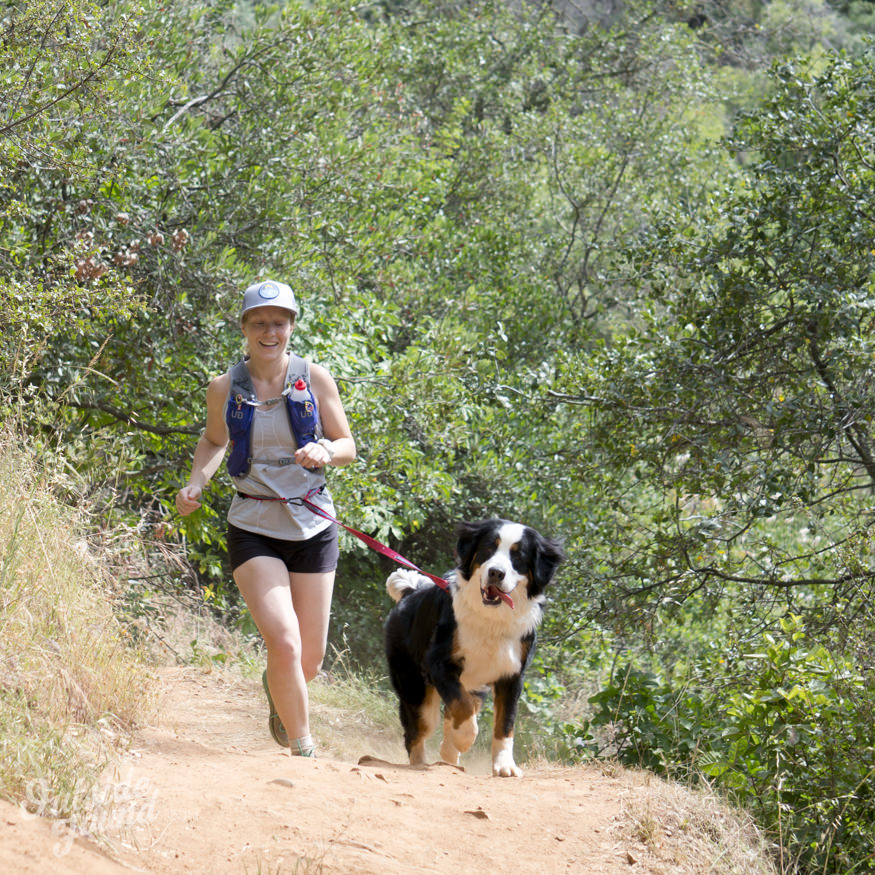 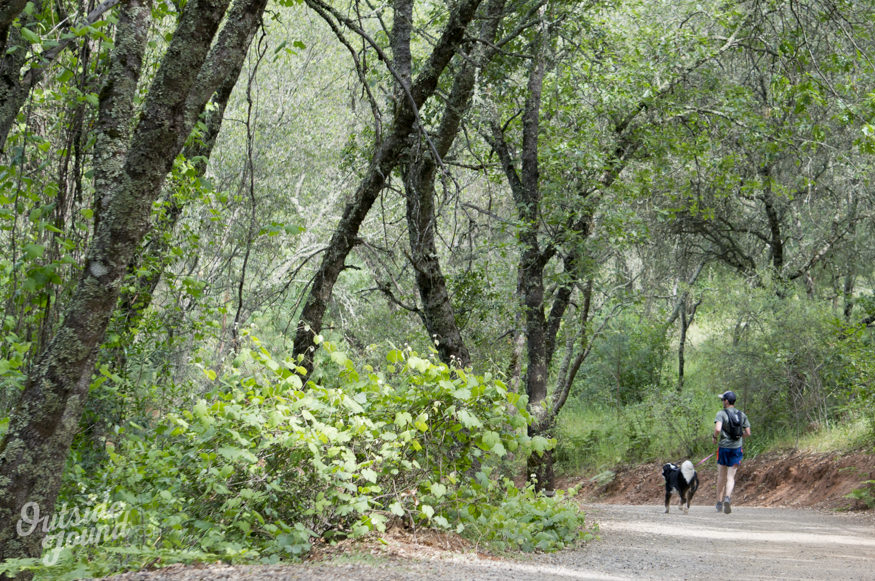 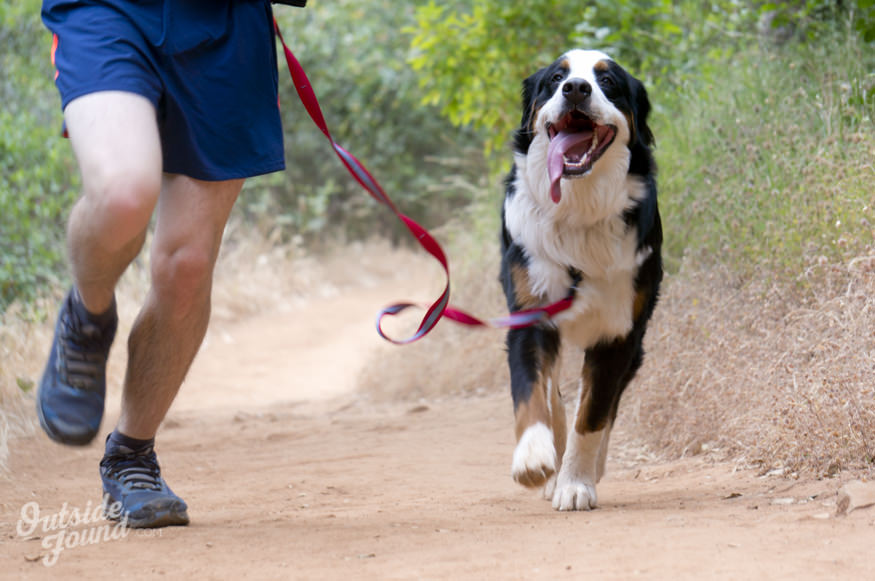 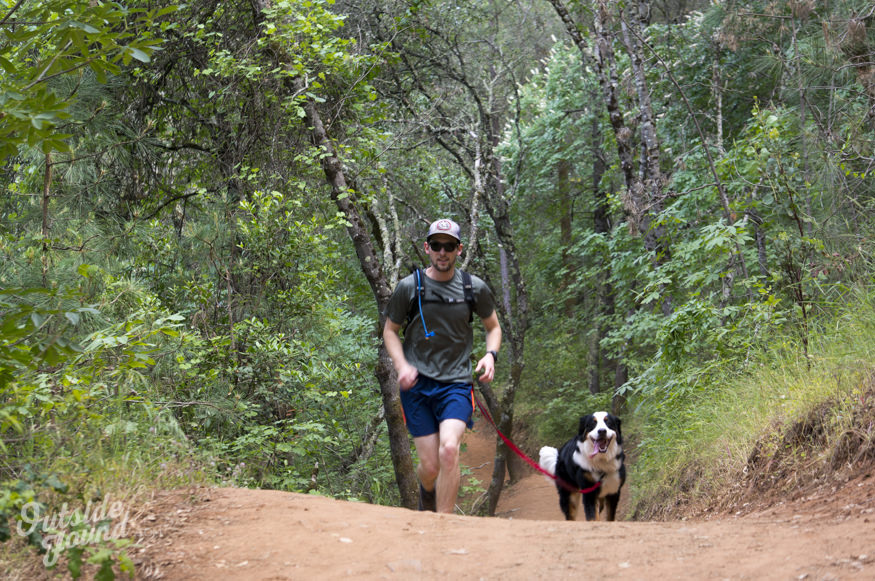 The trails were dusty but the scenery was beautiful; California Oak Forest at its finest! Eventually we found the sign for the falls observation deck and headed that way. 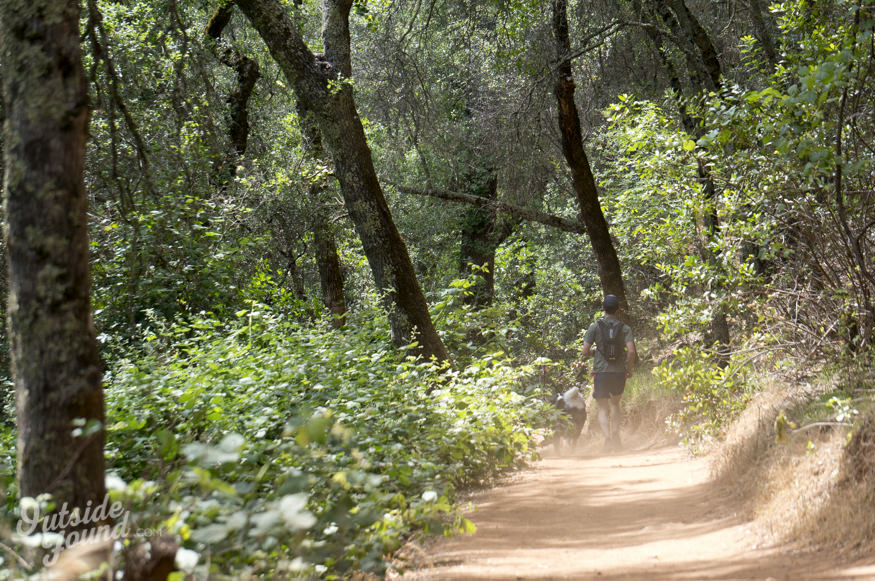 The observation deck was amazing – it felt like we had teleported from the Foothills of the Sierra Nevada into Costa Rica! We admired the falls from above for a few minutes before checking out the rest of the park. 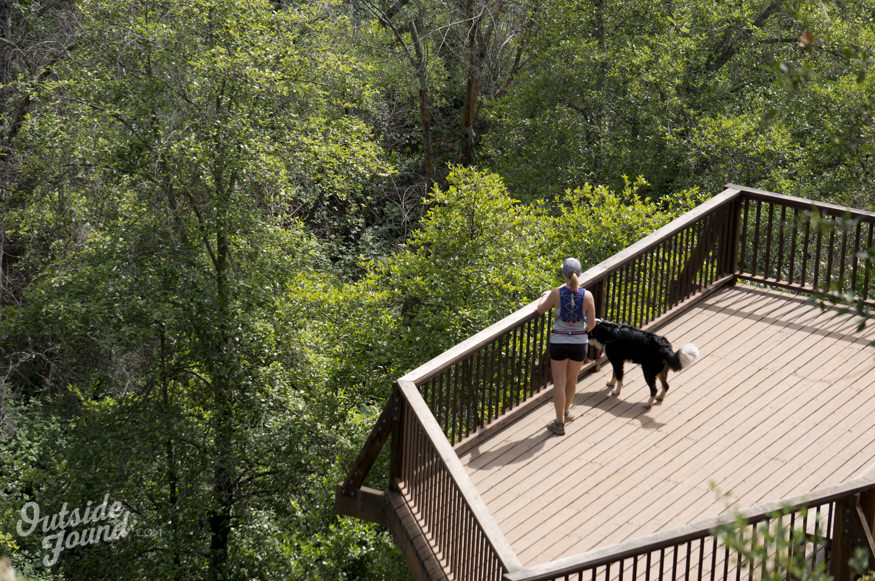 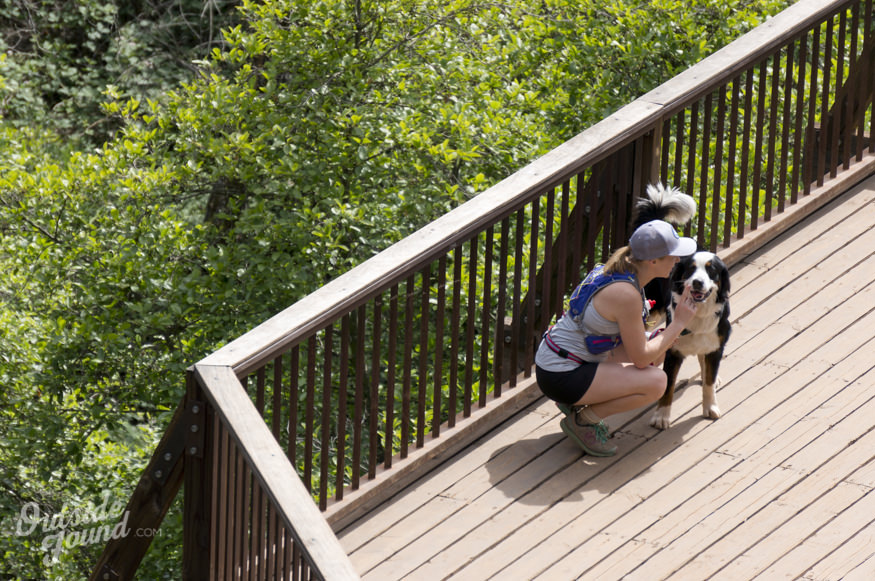 All in all we ended up running about six miles. On our way back to the car we found a neat little waterfall flowing into a shady grotto, a perfect spot for a rest before heading home. 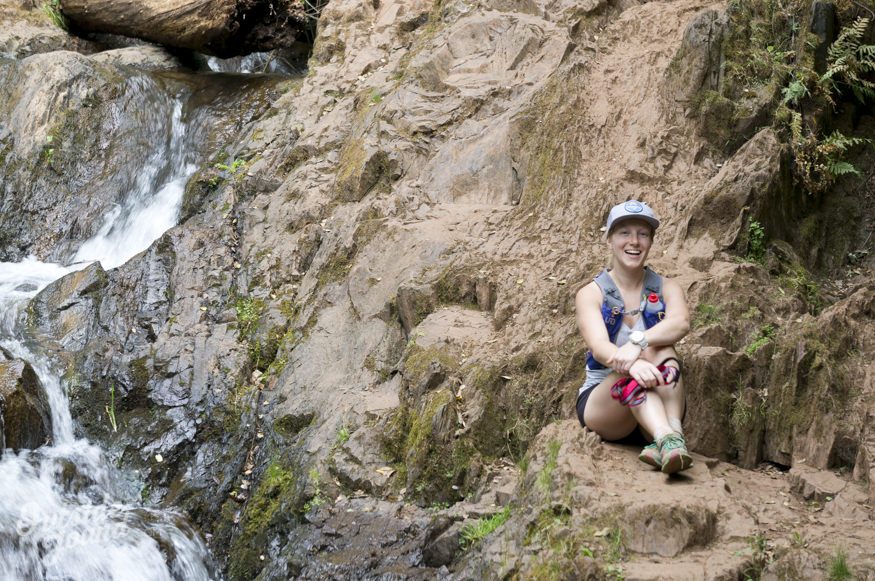 Disclaimer: We received the Quantum Leash as a part of our winnings package from the Live Your Kurgo Adventure contest. Though the leash was free, we did not receive any compensation for this review and the feelings expressed here are our own! We wouldn’t tell you it was awesome if it was lame. 🙂